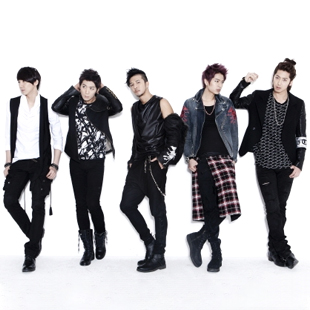 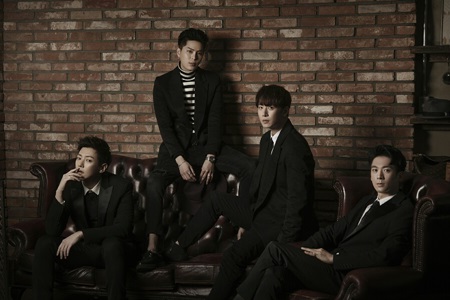 5tion (pronounced "ocean") first debuted in 2001 as a five-membered group. Unfortunately Woo-il and Hwang Sung-hwan left the team, bringing all activities to what seemed like a never-ending hiatus. Finally after six years, the three original members brought in two new members (Len and Bo-seok), to make a hot comeback.

5tion first hit the scene as pretty boy idols, but after six years, they had matured into real men with a more masculine appeal.

Member Oh Byung-jin finished his contract with SM Entertainment in 2012. During the six years of break as 5tion, Oh pursued successful business ventures. He had at one point worked with Jung Woo-sung and Lee Jung-jae on a shopping mall business. Currently he's running a kimchi company.

As for Son Il-gwon, he entered the military in 2006 to serve his mandatory duties. He then returned as an actor, having been in the dramas "Hit", "Me Too, Flower!", "Dongyi", etc. As for Lee Hyun, he dove into musicals like "Grease", "Love Rides On Rain", and "Coyote Ugly".

Though having stayed busy, the three were hoping to get back together to pursue their careers in singing again. To symbolize a fresh start, especially to differentiate from their other side activities, the members even changed their names. Oh Byung-jin became Kyne, Song Il-gwon switching to Roy, and Lee Hyun to just Hyun.

As for the new members, Len has helped write songs and produce albums for Andy, Sohn Ho-young, and Teen Top. Bo-seok served as a vocal trainer for songwriter Kim Hyung-seok's K. Note.