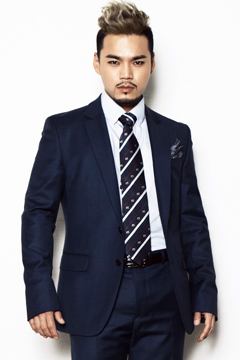 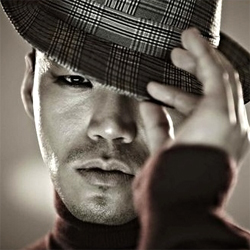 As a former member of a vocal band called 7dayz, Lee Jung is loved by many people for his soulful music. When first coming out, he was one of the most promising male singers in Korea, being called "The second Kim Gun-mo."
Lee Jung has always been very much interested in soul and R&B music. Since he was a senior in high school, Lee studied vocal music at Seoul Jazz Academy. After he entered Dong-ah Broadcasting College, Lee formed a male vocal band with singers including Seo Jae-ho. In 2002, the band 7dayz released an album and made their official debut. However, the response from the populace was not enough for the band to continue performing.
Soon the band broke up and Lee Jung stopped performing as a singer for a while. Then, Lee Jung met with Kim Chang-hwan, a producer known as 'the manufacturer of top singers.' In 2003, Lee Jung released the album "Who Is It?" as a solo singer. His vocal "color", which seemed to be a mixture of Kim Gun-mo’s and Park Jin-young's, immediately caught the attention of pop music lovers. With the song "Never Again," Lee successfully debuted as a solo singer.

In 2004, Lee released his second album, "Look At Me" which finally propelled him to stardom. Songs like "Look At Me" and "Summer Holiday" were also great hits. Lee Jung also made his acting debut on a television sitcom series. In 2006, Lee Jung returned to the singing stage with his third album, "Rebirth of Regent", and the 4th album "Fourth Force" in 2008.

Then amidst the idol fever, Lee Jung returned with his first mini-album in February of 2011 featuring a new, younger look. He was well built after having worked out, showing off flashy dance moves, and jamming to an upbeat title song ("Let's Dance").