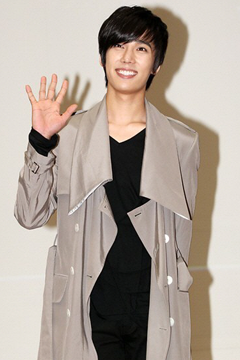 In 2009, Park made his musical debut in Grease as Danny Park, where he received the Best New Musical Talent award by the Golden Ticket Awards. He also had his acting debut as a main lead in Human Theater 2010.

In 2010, Park opened his own online shopping mall called Royal Avenue, with him as the CEO. ONstyle Magazine even did a little documentary about it named What Women Want.

With the expiration of the contract, Park left DSP Media, who managed him as part of SS501 and joined CNr Media as a solo artist. He made his debut as a soloist in January 2011 with single Not Alone, and had his first Japanese drama entitled Love Song In August in 2011. However, Park joined Yamaha A&R’s Victor Entertainment eventually after successfully terminating his contract with CNr Media in 2012.