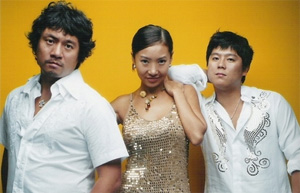 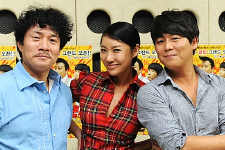 Group Cool is undoubtedly the longest standing and one of the most popular mixed dance groups in the modern Korean pops scene. A decade has gone by since the group’s debut and fans still love them as much as ever. When Cool first made their appearance a decade ago, many people predicted that they wouldn’t last long. They were wrong. Each and every one of their albums, totaling twelve, including their most recent 8th album became huge hits.
Why? Cool is a group that refuses to confine itself to any one sound of style. The members like to experiment with different kinds of music, which shows in the diversity of music in their albums. Now, quite a lot of people, when speaking of the group say, ‘Cool? They’re a dance group, naturally!’ Almost all of Cool’s title tracks are dance numbers so it may not come as a surprise that people label the group this way. However, looking at their albums carefully, one can tell their albums are balanced, containing various genres of music that cater to the tastes of a wide range of listeners. More than anything else, Cool’s songs are easy to listen to and sing along to.
Many would agree that summer wouldn’t quite be summer without Cool’s music.
Here’s to Cool for a decade or even two or even three of more great music career.