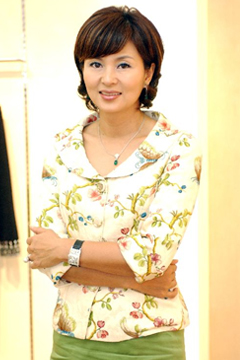 Yu Ji-in (born January 27, 1956) is a South Korean actress active since 1974. She was born Lee Yun-hui in Seoul, South Korea in 1956 and received a bachelor and master degree in Theater and Film from Chung-Ang University. When she was a freshman at the school in 1974, she started her acting career after getting elected in a joint recruit held by the Yeonbang Film, and Weekly Hankook. From onwards to 1977, she appeared in one to three films per year and at the same time, she also acted as a TV actress affiliated to TBC TV. Yu was commonly referred to as "New Troika" or "Second Troika" along with her rival actresses, Jeong Yun-hui and Chang Mi-hee of the 1970s and 1980s after the "First Troika", Moon Hee, Nam Jeong-im, and Yun Jeong-hui of the 1960s.