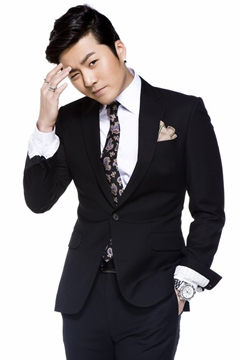 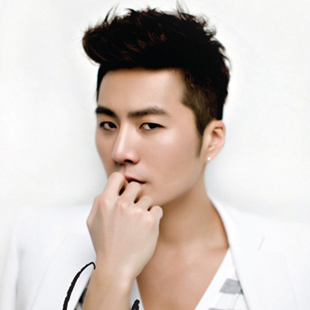 Eru, the son of Tae Jin-ah, one of Korea’s most renowned traditional pop singers, was born in New York and lived there until the age of seven. He attended Berkley’s College of Music in Bostom, before dropping out to pursue a career in the k-pop industry himself. He had composed songs before, but felt that he would be able to relate to the songs better than anyone else – being that he wrote them – and thus pursued a career as a singer. He underwent 2 years of strict training before releasing his debut album in 2005. Eru’s debut album included the work of top musicians such as Joo Young-hoon, Lee Hyun-jeong, the composer of Big Mama’s “Break Away” and vocal trainer Noh Young-joo, who also trained BoA, Fly to the Sky and Lee Soo-young. Top session players in Korea also participated on the album along with a 100-member string orchestra.

In 2006, Eru released his 2nd album entitled “LEVEL II.” The realistic and emotional lyrics and beautiful melodies on Eru’s second album showed a more mature side of the singer. It featured one of his most popular songs to date, “까만안경” or “Black Glasses”, eventually winning many awards for it. His follow up track that he wrote himself, “흰눈” or “White Snow”, was also a hit, reaching number one on many charts.

Eru’s third album, “Eru Returns”, was released in September of 2007 demonstrated his consistent strong appeal. It became the number one album during October of 2007, selling over 42,000 copies in South Korea. The music videos for his third album were similar to previous ones, featuring big time stars in the music and acting industry.

Come December 2007, Eru released the inevitable statement that he would fulfill the mandatory military service asked of by every Korean male in the latter half of 2008. Eru had actually given up his American citizenship in 2005 when he officially started his music career.

In May of 2008, Eru started his basic military training and went on to serve his two year sentence, returning on May 27, 2010.

He made his first full-album comeback in almost three years with “White Tears”, a track off of his fourth album “Got To Be”.

Although his songs weren’t as well received as his previous works, Eru did make the entertainment news headlines over a scandal with a song-writer, Choi Hee-jin. Choi accused Eru and more particularly Eru’s father, Tae Ji-nah, for mistreating her. She spat out accusation after accusation, then retracted them, redeclared them, and once again took them back…over and over again within the span of a few weeks. Some of the accusations stated that she and Eru were actually dating against the will of his father. She even claimed to have been pregnant with his child until she was forced to have an illegal abortion. She later dropped the charges and the whole issue eventually died down.