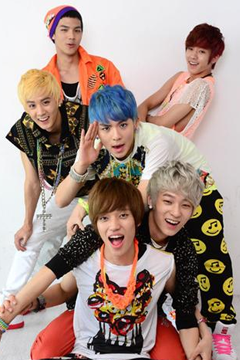 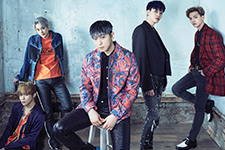 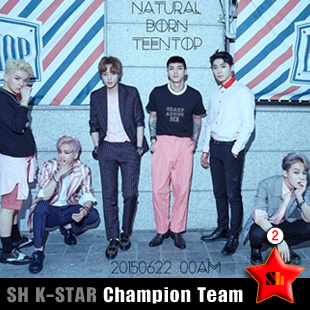 There's another idol group to be on the lookout for on the k-pop scene! You may be thinking, "Okay, so what sets this group apart from the many others out there?"

Well, first off, like their name Teen Top suggests, all of the members are still in their teens. Though all idols tend to be young, the six members of Teen Top are even younger than most. They've already been attracting a lot of attention for a number of reasons.

First off, they're "beastly". "Beastly" refers to boy idol group members that are well-built and manly. The most quinessential example being the guys of 2PM. However, because Teen Top is so young, they're being called the "teenage 2PM" or "baby beasts". Their hotness was only amplified with the help of After School member Lizzy being featured in their first music video.

Second, they're already setting themselves in the sense that they can perform live. Well. There have been media sources and netizens commenting on how their live onstage performances sound almost exactly like their edited and studio-produced album. Despite the fact that they debuted almost at the same time as big industry seniors such as Se7en, SHINee, and Taeyang were making their comebacks, Teen Top stole the spotlight as the most searched topic on Nate.com.

Third, they're attracting international attention. MTV chose to feature Teen Top on their new show "Vice Guide to Everything". This program aims to judge and critique the group's musicality and how much potential they have in achieving great success. Also, hot on the heels of their early live performances on television, producers in Japan were already contacting the group interested in them breaking into the Japanese music market. Fan clubs have been forming in countries all over the world including China, Tawian, Thailand, Malaysia, and the Philippines.

Their debut song "Clap" has been popular for its addictive, upbeat rhythm and its catchy dance moves. However, some netizens have complained that the sad lyrics of the song don't match at all with the overall feel and tune.