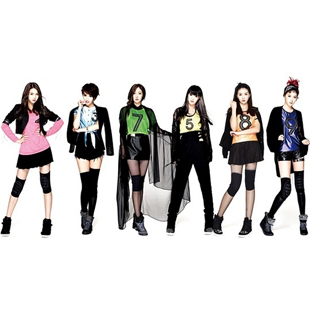 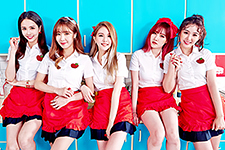 Fiestar was a group that debuted under LOEN Entertainment, the same label as the nation's younger sister IU. Collaborating on the song "Moonlight Sea" together with IU, Fiestar was able to capture the attention of the public.

The truth is though that the members were no strangers to the music industry. They all had trained together for two years, in addition to solo training and activities (for an average of about four years total in training). Chinese member Cao Lu was even a solo singer in China
after winning a 2004 CCTV sponsored singing contest. Her album "Cat", was released in 2005, albeit under her former stage name LuLu.

Other previous experience include the leader Jei having modeled for Korean online clothing stores and being the female lead for Infinite's music video "Paradise". Linzy was a former YG Entertainment trainee and had even recorded a song for the 2010 Korean drama "OB&G".

After their debut, Fiestar even had JYJ's Junsu make a guest appearance in the music video for the song "Vista" along with Seung-ah of Sunny Hill. They also worked with other artists like Tiger JK and Kim Yeon-woo, who both featured on some of their songs.