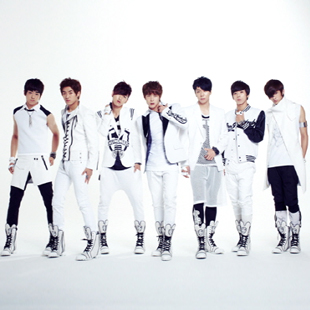 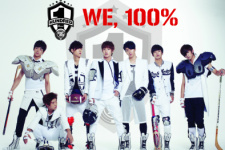 Some of the members of 100% were already active in the entertainment business even before the group's official debut in 2012. For example, Rok-hyun (aka Rocky), had previously debuted under a duo named "Jumper", signed under Shinhwa's Andy's agency. They had released and promoted two singles under that act. As for member Min-woo, he had been featured in Andy's promotions for his solo song "Single Man". Min-woo was also a somewhat experienced actor, having been a part of two dramas and two movies before his 100% debut.
The members were all gathered and producted by Andy and his agency T.O.P. Entertainment. Come 2012, the group featured on the reality show Teen Top Rising 100%, alongside label-mate Teen Top and agency head Andy. They released their first debut single album in September of 2012.