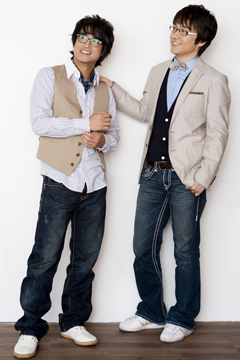 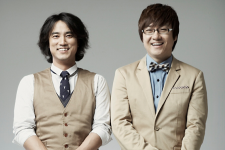 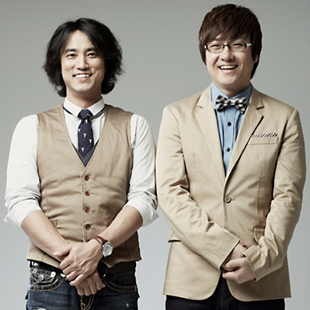 Taking steps not to break their delicate yurisangja (glass case), the two-man group has painstakingly put together an ensemble of their favorite songs since their debut in 1997. Powerful-voiced Park Seung-hwa, a former master of Korean martial arts taekwondo, began his solo music career in 1993 and released such tuneful songs as ‘I Love You’ and ‘Can You Smile’. Soft-voiced Lee Se-jun also introduced a handful of songs before joining the duo band, but both of them failed to win much recognition despite their potentials.

In winter 1996, Lee appeared as a guest singer on the stage of Park’s fist concert, which later gave birth to the male duo ‘Glass Case’. The title song ‘Innocent Love’ of the group’s debut album gradually appealed to music lovers and its name began to spread to K. pop scene. Lee was awarded with the ‘Most Beautiful Lyrics of the Year’ in 1999 with the song ‘To My Bride’ included in the group’s third album. The title song of their fifth album ‘May I Love You?’, which was released in 2002, became increasingly popular again in summer of 2004, after famous actor Park Shin-yang sang the same song in a popular soap opera ‘Lovers in Paris’. The name of the group reflects the members’ hope to contain the most valuable things in the world.