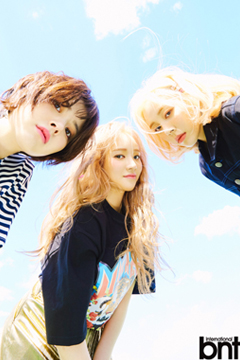 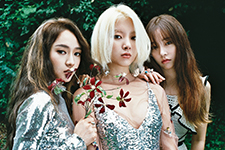 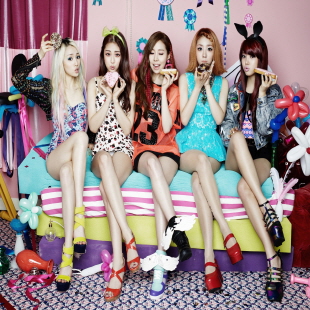 There's no doubt that the members of Ladies' Code have paid their dues. Even before the group's official debut, many of the girls had been around the entertainment industry.
Not only was Ri-se a contestant of the Miss Korea pageant in 2009 as a contestant from overseas, she also participated in the talent competition TV program called "Birth of a Great Star". She finished as the winner, alongside David Oh. She also was a couple with Oh on the popular reality TV program "We Got Married".
As for So-jung, she was a finalist on another popular talent TV show called "The Voice Of Korea", finishing within the top 8. EunB is related to a Korean news reporter named Kim Sung-joon. And Ashley, before her days as a member of Ladies' Code, she was an internet sensation who gained popularity by doing dance covers of famous k-pop songs and uploading them on YouTube (ID: ashleych0i).
When the group finally officially debuted, their song "Bad Girl" ranked high on the real-time music charts despite the fact that they were rookies. Their songs peaked within the top ten of some of the biggest charts in Korea.