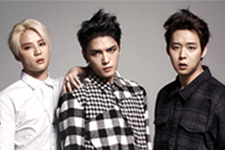 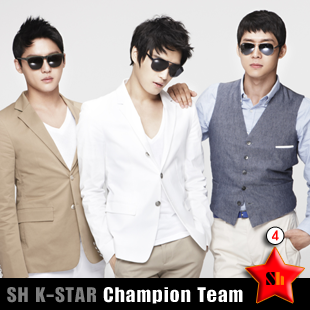 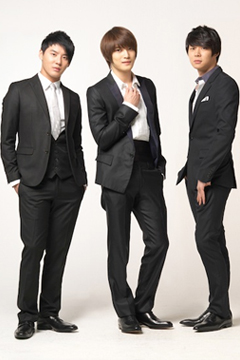 JYJ is a group that has gone through many ups and downs, gains and losses. The name itself stands for the first letter of each of the members' names: Kim Jae-joong, Park Yoo-chun and Kim Jun-su.

As many already know, the members were originally from the popular boy idol group TVXQ (also known as Tohoshinki in Japan) which was formed under SM Entertainment in 2003. Due to some legal issues regarding the alleged unfairness of their contract with SM, the three members broke off from the original group in 2009. They starting targeting other countries such as Japan and China-- although there were some contract issues with their agency in the former in 2010.

JYJ is now widely recognized on an international level, with the trio making it into the Guinness Book Records in 2008 and 2009 for having the World's Largest Official Fan Club. The group boasted over 800,000 members in Seoul alone. They were also The Most Photographed Celebrities in the World, with an estimated 500 million shots seen everywhere from magazines, albums jackets, and commercials, accumulated since their debut in 2003 to May 19, 2009 with their former group.

The highly anticipated global debut album of the group is slated for October 12, 2010. The title of the project, "The Beginning", symbolizes the start of the trio's new journey as a separate entity from TVXQ. It will be a first for the group in tems of the fact that it will be an English album. Despite the fact that English is none of the members' first language, they expressed their excitement in reaching a larger listener-base with the foreign language, being that their fan-base stretches beyond Korea and even Asia's borders.

Great tracks can be expected with an impressive support group from US artist/producer Kanye West and Rodney "Darkchild" Jerkins. West will even be featured as a vocalist on the first single, "Ayyy Girl". The overall style of the album will feature pop, R&B, dance and even acapella. A mix of Western influence to JYJ's more Eastern styles will surely be a refreshing change.

JYJ is simply living out a dream that they had since childhood. Jae-joong confessed he dreamt of being a singer since middle school, and Jun-su since elementary school. Refusing to just coast along on the wave of their already achieved fame, they are constantly listening to different genres of music to expand their talents. Some of their musical influences are Brian McKnight, Boyz II Men, Stevie Wonder, and Michael Jackson.