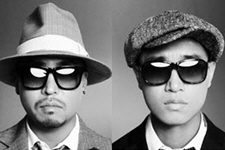 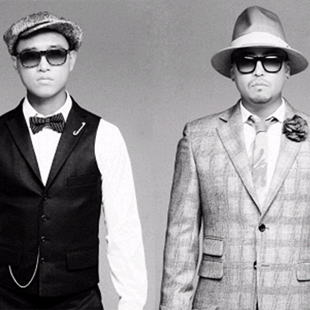 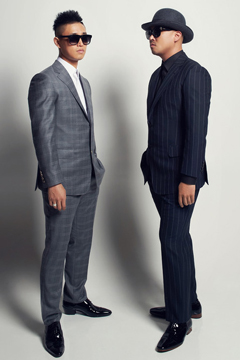 Leessang is a 2-member rap band made up of Gil and Gary, ex-member of Honey Family. Avoiding the strong and aggressive style, Leessang pursued a relaxing and flexible rap style in which the rhythms came alive. Humor, wit, and the utilization of a retrospective sound are the strong points of this rap duo.

The duo first was created in 2002. The members of Leessang first put their feet in the show biz by participating as guest rappers for a band called Exteen in 1997. In 1999, the members of the duo joined a hip-hop crew called Honey Family. Gary and Gill participated in the production of two albums with Honey Family, “A Man’s Story” and “Another Level.” The two rappers showed off a unique style of melodic rap with the band. When there was a lull in Honey Family’s performing activities, Gary and Gill separated from the band to start performing as a duo. Under the name of Leessang, the two rappers released their first album in 2002. Accompanied by some top figures of the local pop music scene including Park Hwayobi, Jung-in, Park Seon-joo and Bubble Sisters, Leessang displayed a fantastic harmony of rapping in their first album. Almost all the words of Leessang’s rap were written in Korean showing the essences of a so-called ‘indigenous hip-hop.’ Acknowledged for their talents in hip-hop music, Leessang was invited by Seo Taiji to the '2002 ETPFEST.'

The two started to become more active on the variety TV show scene. Their wit and humor made them popular regulars. Gil was thrown even more to the spotlight when he revealed that he was dating Park Jung-ah, former member of Jewelry in August of 2009 (although they broke up almost two years later).

LeeSsang were always relevant and recognized on the music scene, but it wasn't until their 7th album "AsuRa BalBalTa" that they were escalated to top status. During the summer of 2011, when the kpop scene was dominated with idol stars or songs released off of survival reality shows (i.e I'm A Singer), LeeSsang swept the music charts hitting number one with their title track "I Turned Off The TV". Their supporting tracks also made it into the top ten and held those spots for quite some time.

The proved to the music world that just because the market is dominated with the glitzy and glamorous, mainstream idol groups, that doesn't mean quality music won't be recognized. Also, it's possible to have all songs off of an album to be successful, not just the title track. The relaxing, and comfortable melodies with the brutally honest lyrics was a refreshing change for music lovers from the typically packaged songs. LeeSsang provided the perfect balance of mainstream and indie.