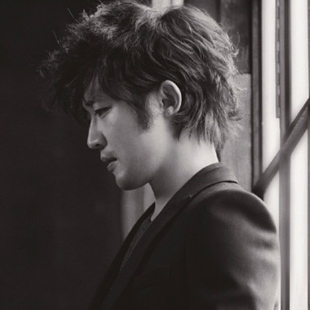 The talented entertainer An Jae Wook, in truth, first introduced himself to the people as an actor. He first appeared in the MBC TV series, the “Visitor of Heaven” in 1993. Since his debut, he took the leading part in the TV series in 1994 as Kang Young Woo and surprised everyone with his performance as a blind man. Furthermore, for this stunning performance, An Jae Wook recieves the “MBC Newcomer award” in 1995. Since his flashing start of his career, he came back each year as the leading or supporting actor in numerous hit TV series; such as the (1997) and (1999). Furthermore, in between the busy schedule of TV Dramas, An Jae Wook also managed to appear in the big screens; he has been in the movies such as (1997), (1998), (1998), and . However, none of them were a big success in terms of box-office records, but it did show An’s possibility as a movie actor.
In 1997, An Jae Wook surprises everyone, showing yet another talent he had by releasing his first album (1997). With the popularity he has gained through during 1997, his first album becomes a hit, and the title song “Flower” hits the top of the music charts; it was a success even An had not predicted. With the momentum built up, An releases his second record the next year, the (1998), which gave him the chance to have his own concert, was pretty successful as well. However, by his third album, (1999), An Jae Wook was too busy keeping up being both an actor and a singer, and decides to rest his career as a singer for a while. 2003, An breaks his silence and releases his fourth album, . As the comeback record, An Jae Wook has put in all his effort on his fourth album, participating in all the recording process, and writing his first song for himself as well. With his endless effort, the title song , which actually is a remake song, was very successful, opening the second golden age as a singer for An Jae Wook.
What is notable of An’s career is his popularity outside of Korea; mainly in China and Taiwan. He grabbed their attention, first through the TV Series in China and Taiwan as well. However, soon enough his songs became a big hit, and An Jae Wook becomes the first to actually hold his own concert in Taiwan in 2001.